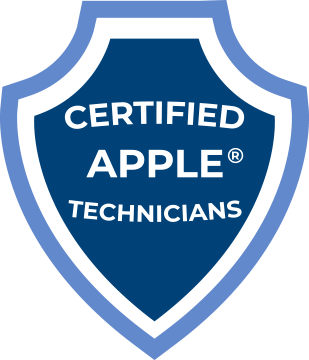 The Apple M1 chip gives the 13‑inch MacBook Pro speed and power beyond belief. With up to 2.8x CPU performance. Up to 5x the graphics speed. Our most advanced Neural Engine for up to 11x faster machine learning. And up to 20 hours of battery life — the longest of any Mac ever. It’s our most popular pro notebook, taken to a whole new level.

The 8-core GPU in M1 is the most advanced graphics processor we’ve ever built. Period. And it brings the world’s fastest integrated graphics in a personal computer,2 delivering a ridiculous 5x boost in graphics horsepower.

Biggest collection of apps ever.

Run powerful apps built for M1. All your existing apps work thanks to Rosetta 2. And for the first time, you can use your favorite iPhone and iPad apps directly on macOS Big Sur. Altogether you’ll have access to the biggest collection of apps ever for Mac.

The M1 chip and macOS Big Sur work together to make the entire system snappier. MacBook Pro wakes instantly from sleep. Everyday tasks from flipping through photos to browsing Safari are faster. And your hardest-working apps all have access to the power they need.

M1 extends battery life even while bringing a massive increase in performance. But the chip itself is only part of this incredible power efficiency story. macOS Big Sur features advanced power management that intelligently allocates tasks between the M1 performance and efficiency cores — automatically optimizing for lightweight tasks like reading a note or performance‑intensive tasks like playing the latest game. The result is the best battery life ever on a Mac.

An entire system. On a single chip.

Until now, a Mac needed multiple chips to deliver all of its features — including the processor, I/O, security, and memory. With M1, these technologies are combined into a single system on a chip (SoC), delivering a new level of integration for more simplicity, more efficiency, and amazing performance. And with incredibly small transistors measured at an atomic scale, M1 is remarkably complex — packing the largest number of transistors we’ve ever put into a single chip. It’s also the first personal computer chip built using industry‑leading 5‑nanometer process technology.

M1 also features our unified memory architecture, or UMA. M1 unifies its high‑bandwidth, low‑latency memory into a single pool within a custom package. As a result, all of the technologies in the SoC can access the same data without copying it between multiple pools of memory. This dramatically improves performance and power efficiency. Video apps are snappier. Games are richer and more detailed. Image processing is lightning fast. And your entire system is more responsive.

The world’s fastest integrated graphics in a personal computer.

Typically, PCs have to use a discrete chip to get great graphics performance — which consumes a lot of power. But M1 is different. Its integrated graphics bring the best of both worlds — a huge increase in graphics performance together with low power consumption. The result of years of thorough analysis of Mac applications, the GPU in M1 is the most advanced graphics processor we’ve ever built. With up to eight GPU cores, M1 is capable of executing nearly 25,000 threads at a time. From teraflops to texture bandwidth to fill rate to power efficiency, this GPU is in a class of its own — and brings the world’s fastest integrated graphics in a personal computer.3

Magic Keyboard lets you do everything faster and more efficiently. The refined scissor mechanism delivers a responsive, comfortable, and quiet typing experience. The Touch Bar puts the commands you need most right where you need them, saving time and keystrokes. And Touch ID provides fast, easy authentication for secure logins and purchases.

A touch on the sensor instantly unlocks your Mac, and a press locks it. Use your fingerprint to rent movies, buy apps, or access things like locked documents or system settings without having to reenter your password. And when you shop online with Apple Pay, Touch ID automatically fills in your shipping and billing information without sharing your card details.

13.3‑inch (diagonal) LED-backlit display with IPS technology; 2560‑by‑1600 native resolution at 227 pixels per inch with support for millions of colors

Simultaneously supports full native resolution on the built-in display at millions of colors and:

One external display with up to 6K resolution at 60Hz

Up to 17 hours wireless web

There are no reviews yet.

Only logged in customers who have purchased this product may leave a review.

MacUnited was founded by Apple® enthusiasts who wanted to give people an easy way to enjoy Apple products on a budget. We buy, sell, and repair all Apple devices including: MacBook Pro, MacBook Air, iMac, Mac Pro, iPhone, iPad, and more. We’re located in St Paul, Minnesota (next to Minneapolis, MN) and offer a wide range of services. If you’re interested in a refurbished MacBook Pro or MacBook Air, our Certified Apple Mac Technicians are ready to help! Every product we sell comes backed by our free One Year Warranty, and a 30 day money back guarantee! © 2022 MacUnited.com